One for York, and York for One

Caught the last twenty minutes of Richard Lester’s The Four Musketeers on Sauturday. I love that blimmin’ film, and it’s predecessor. In fact, I’m a sucker for most Musketeer-related nonsense, except ‘The Musketeer’, that tres naff shampoo ad released back in 2000, I think. But anyway, I’m a big fan of the books, the strangely faithful Dogtanian iteration, and the Young Guns version from 1994 is rollicking fun too. And I got to play D’Artagnan back in 2002 in panto. So all’s that's left is to realise my dream of adapting Dumas’ entire decade-spanning Musketeer saga in comic form. Until then, here’s a reference-free attempt at the dashingly squashed-faced, leonine 70s crumpet, Michael York, as D’Artagnan. I’m itching to do all four Musketeers, so maybe I can use that as my current non-robot art theme. It’s a bit of a sausage-fest round here though, so any suggestions for a female I can doodle senseless, fire ahead. 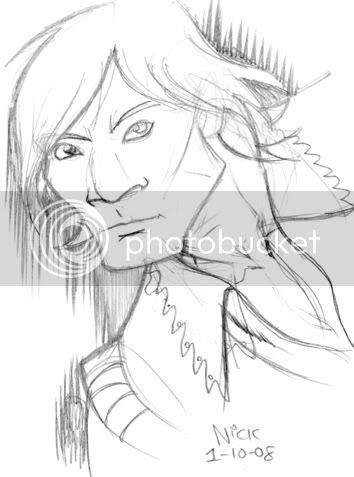