Thank you, you valiant fools, for getting behind WAW. This stirring campaign was even frontpaged on The Allspark, which is surely a more auspicious honour than getting pixelspace from USA Today. I'm looking into organising a telethon, with phones manned by the guy who played Emirate Xaaron in the comics and the bloke who turned the piano in Target: 2006. Even toying with a 'Make #2 a Sell-out, and I'll spare Character X in the finale!'offer (I'm not really.)

But the important thing is the AWARENESS, people. I'm assured that in the places that have yet to receive it, Wreckers #2 will be available next New Comic Day. So that's next Wednesday in the States and Thursday over these parts. Tell people why they need to get on board this bus (reprints of #1 are available, sisters) and that the mass-dissection of #2, which people - and not just my Mam - say is better than #1, can begin once EVERYONE has their copy next week.

We, the cool kids, know how good this is. So let's make the party even bigger. Educate the Ignorant. Or something equally cozy.

Something else to be aware of: there's no profile in this issue. Sad, isn't it? But there are TWO in #3. And they won't be republished anywhere else, not even in the Trade collection of LSotW. So the monthly format is the way to get your Wrecker fix.

Feel free to circulate the Ironfist Awareness Appeal image in my previous post. Use it as your signature or banner on the boards you visit. Hell, print it out and stick it in your local comic shop. And let's make this a yearly event, eh? Even if the sequel isn't out by then. (What?)

David Willis' really quite excellent Shortpacked! is highlighting the cause with a Wrecker A Day for Wreckers Awarness Week (WAD4WAW) so Roche Bless Him.

The lovely Liz (Jeysie) has shown Rotorstorm the love he pours on himself by featuring him in her own forum sig:

And Andrew, who posts as Jhiaxus on the Ozformers board has captured documentary footage of The Last Stand of The Wreckers: 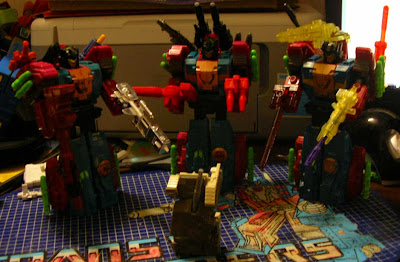 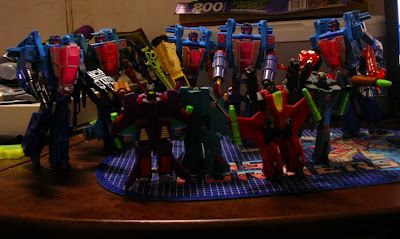 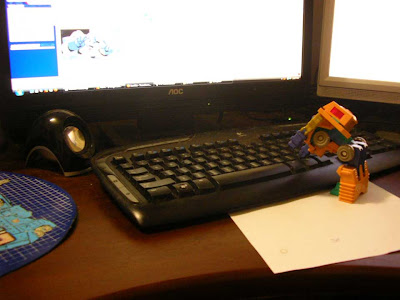 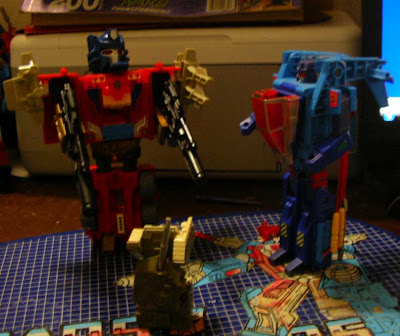 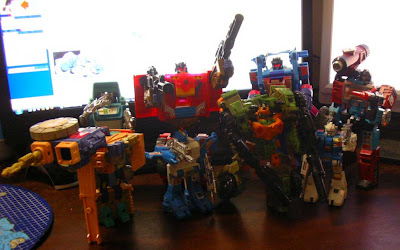 So be aware - be WRECKER aware. If the comic's not out now, then it will be next week. And there's lots of lovely people (specifically oneshallstand.com) online that will happily assist you.

You've Been Nicked
Posted by Nick at 6:44 PM

Aah, there we go. Thanks for helping spread the Rotorstorm love! ;D (Although the full-sized banner is actually here; deviantART's weird with its previews.)

Also, TFWiki.net has gotten into the love too, with a logo swap and their Featured Article. Don't worry, we'll do our best to make sure that Ironfist and the others get all of the exposure they need. *salutes*

Even toying with a 'Make #2 a Sell-out, and I'll spare Character X in the finale!'offer (I'm not really.)

You bastard. No really, loving the Awareness Appeal along with the comic, issue 2 of which I managed to finagle a copy of this week and will eagerly consume this weekend. Cheers!

Just wanted everyone to know Tformers.com is all about Wreckers Awareness Week! We have Wreckers themed activities all week! Check out our Wreckedness here:

and Here for "Wreck a Friend"!:

Geez... any updates on the injured drivers? I hope they're ok!

I've asked and looked around for updates on the drivers, and so far, none are forthcoming. Which, y'know, might be the best news in some way. But yeah, I'd hope that their situation has improved, and that news of a full recovery will be fothcoming shortly. Fingers crossed.

That whole "patient confidentiality" thing would probably get in the way of finding news about their situation. But yeah... "No news is good news" we can hope?? That'd be great.

Can't wait to have an oggle at LSo'TW when I can somehow, some way get my hands on a copy!! (My kingdom for a comic store!!)

Peaugh here. I met John Wycough at a local convention today and bought several pieces of the original art from LSOTW. I made a video about it to help promote Wreckers Awareness Week!

We updated our main banner to showcase Wreckers Awareness Week with a piece of artwork we've been saving for an original artwork portfolio by Marcelo, but... screw it, this is as good a reason as ever to show a bit of new love for you and James. Check it out at http://rustingcarcass.yuku.com

Keep it up, please. This is what the true G1 fans really want to keep seeing!

Mark don't do nothing said...

http://forums.millarworld.tv/index.php?showtopic=91993
Bringing the love for the wreckers.

Thank you very much for the informative article about Cash For Scrap Cars. Now Consumer know how to pay cash for cars and to to get car in affordable price. We have some informative blogs as well related to Sell Your Car, and cash For Car